I like horror themed images so I guess I should do more of them. Many of my images are dark so somehow when I started doing horror the idea was pretty light image. Well I think it gives some contradiction to the image which I like to do. The mask is an italian commando hood. Why they have zipper in the hood, I don’t know but it suited this image well. The actual head was the fake head I have. It was easier to put blood and bandage on it than for the real person. It also gave the doll like shape that I like in this image. The eye was photographed in the same light setup and added in post. 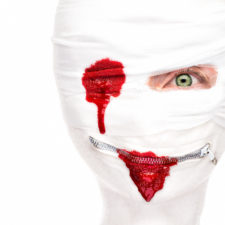 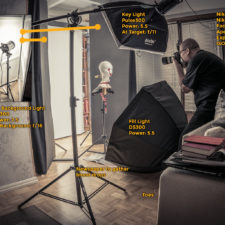