I wanted a device that can throw light patterns onto a wall or a model. There are some commercially available but they are quite expensive and I this was only for occasional use. I thought that this is something that can be 3D printed. I bought Bowens mounting ring and cheap macro extension tubes (For the Nikon F mount since I already have lenses for it) from eBay and designed an adapter between them. Adapter that I made has slots for different kinds of gobos between the strobe and the lens. I designed the plastic parts in Fusion 360 which is pretty easy to use 3D cad program. For printing, I selected PETG plastic which can stand up higher temperatures (90-110 °C / 194-230 °F) instead of PLA (70-80 °C / 158-176 °F) which I usually use. I would still not use this with incandescent model lights since they get much hotter. I used this with Godox AD600BM that has a led modeling light and the adapter did not get too hot with that. I originally printed it with white PETG but that was too translucent and I had to paint it black and tape the inside with aluminum foil tape. The adapter is designed so that you can print more middle rings if you need more slots for the gobos. Currently, I use three slots. One is always used for diffusion ring and two for patterns and gels. I printed M5 threads directly to the plastic and they still seem quite robust after a few assemblies. They are not meant to be opened constantly so that seems to work even at a not so big M5 thread size. I used threaded rods that go throughout the whole length of the adapter and gives it more rigidity in case it gets too hot. I mentioned that the macro extension tube was cheap. I had to fix/glue it even before the first tests. If this would be used daily macro ring mount should definitely be a more robust one. But for hobbyists like me, this is good for now. I still think though it’s better to buy strobe and lens mounts instead of printing. They are quite cheap and get more wear so they are better to be metal instead of printed plastic.

You can find the STL files here and Fusion360 archive here. I also printed some gobos which can be rotated aproximately 180 degrees in their slots. I ended up making four kind of gobos: After finishing the adapter I did a small photoshoot in my home studio where I took some self- portraits and photos with my trusted model Frank “the skeleton“. You can get quite dramatic light with this which is something that I like. If you focus the light to the subject the patterns are very sharp too (of course this is not always wanted). I took five photos with different configurations. I printed the patterns quite large and when I print more I will do narrower slots and smaller shapes. With these gobos, I had to put strobe quite close to the subject which gave me some problems in placing the light. I’m quite happy with the result and since I’m a former engineer this also satisfies that side of me. 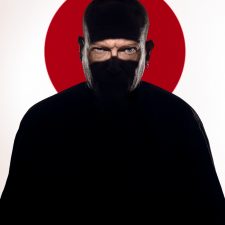 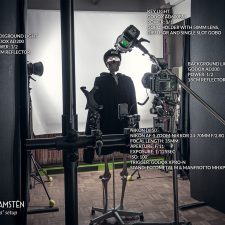 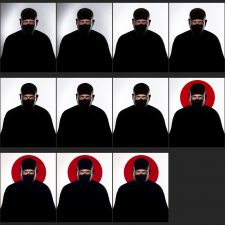 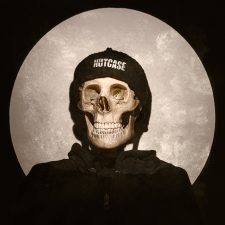 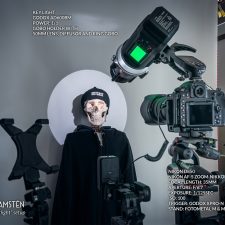 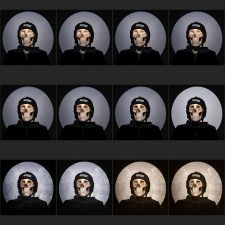 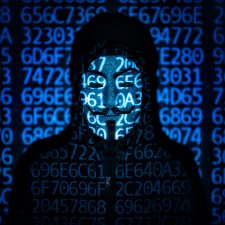 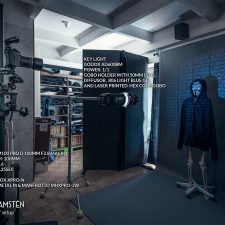 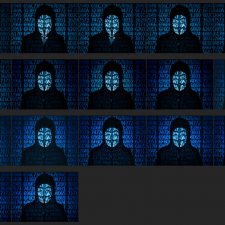 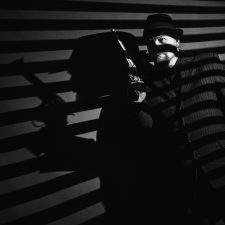 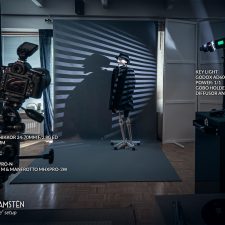 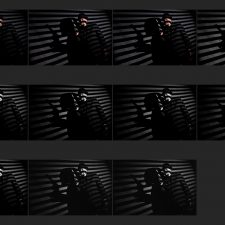 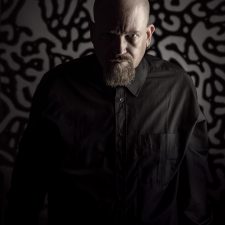 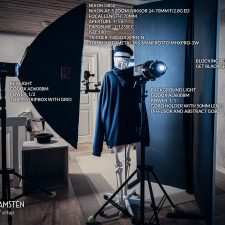 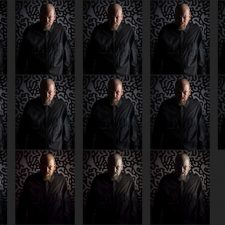