In ‘Life of Helmut’ -book I wanted every background for the texts to be different. I already had one foot print picture in vector format which I cleaned in Inkscape. Mirroring it did give me left and right print. I had an old sheet of metal that was painted black. I dropped it to the ground, threw some dirt over it and scratched it with my feet. After scanning it from several angles (it didn’t fit to the scanner at one time) I had several high res scratch images ready. Add one photograph of dirt and I had images for different footprints ready.

The most fun part was making the paint splashes. I covered bathroom floor with old newspapers and A4 size sheets of paper. I took black paint and brush and started splashing the paint all over the sheets. I guess I found some kind of Jackson Pollock in me since that was really fun. It would be actually nice to try to make a bigger painting with different colors and see if it would look good.

Making several different backgrounds from those images seemed a bit boring. It’s always more fun to do some code than boring repetitive work (even if it takes the same time). So one python script later I had all backgrounds ready for the book. 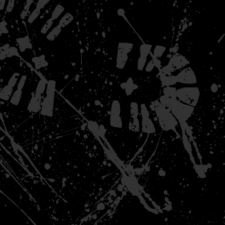 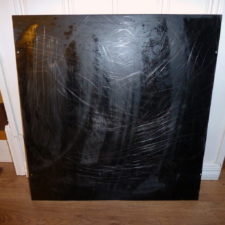 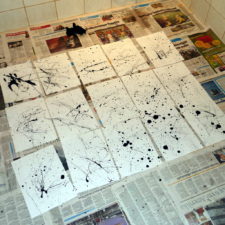