I thought that this image inspired by Rolling Stones magazine cover of Yoko Ono and John Lennon would fit nicely to my relationship series. It gets quite a lot more macabre with fat piggy lying in the bed and I also wanted to make an image where woman seems to be more interested about the camera and the man is more submissive on the womans side. From a color point of view it also loans something from american beauty poster. I used boom arm to raise the camera to the roof as it worked nicely in previous above the bed shoot too. I then photographed several shots about the sheets alone and used those to enlarge the bed to the king size model. 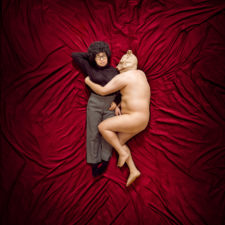 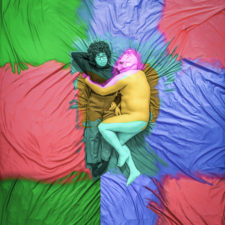 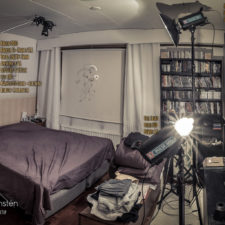